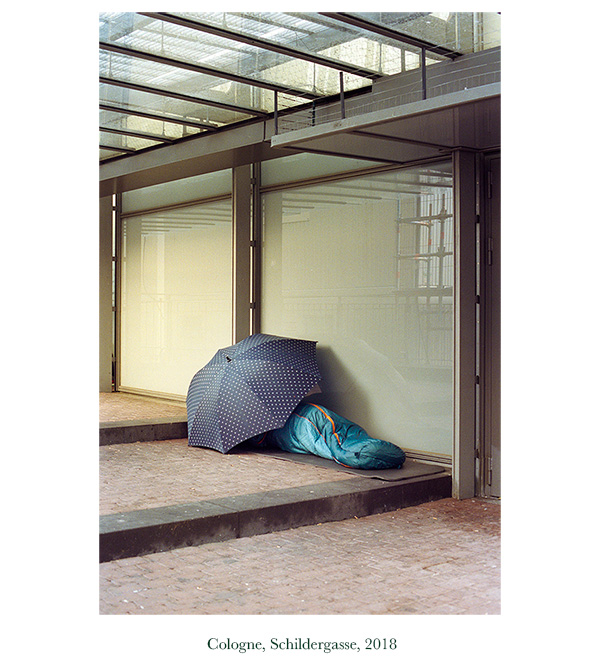 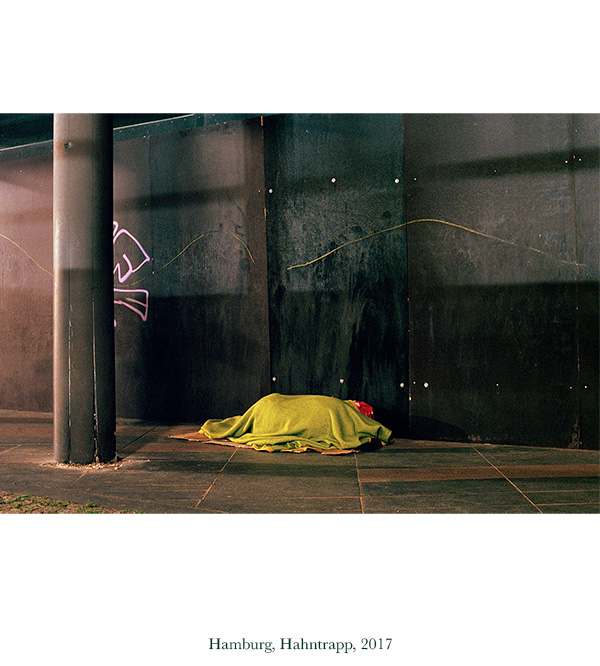 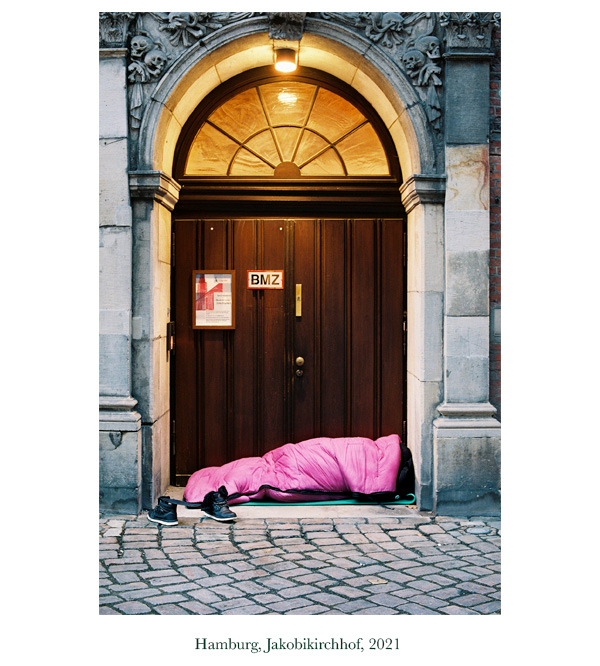 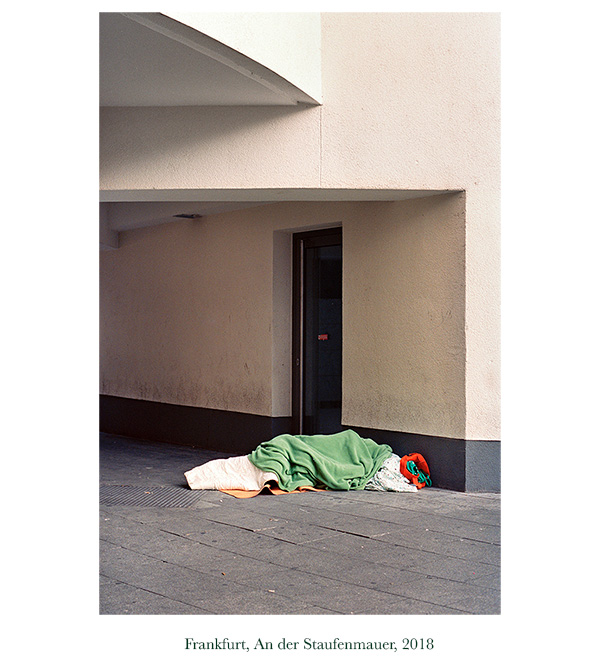 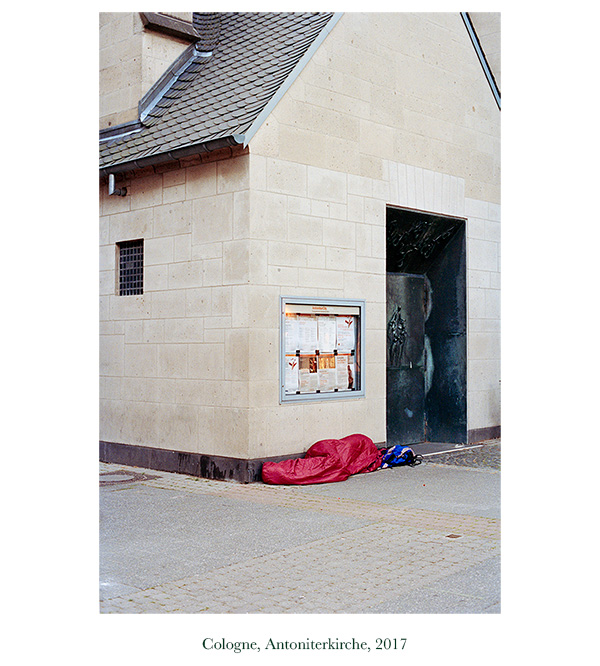 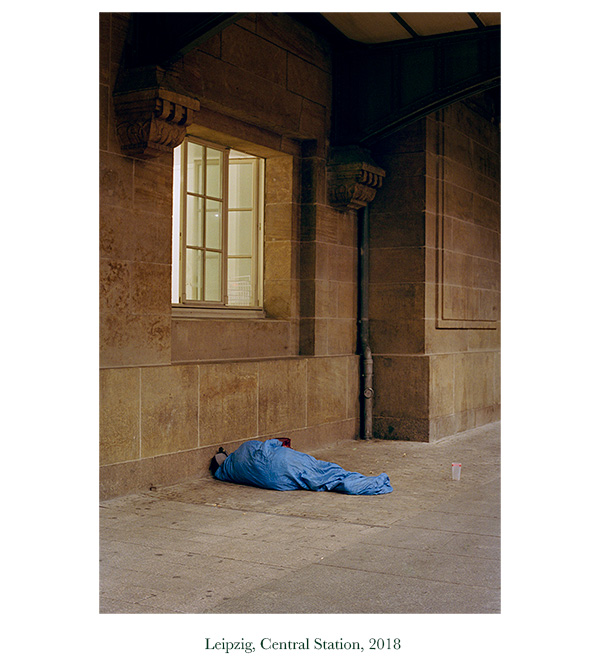 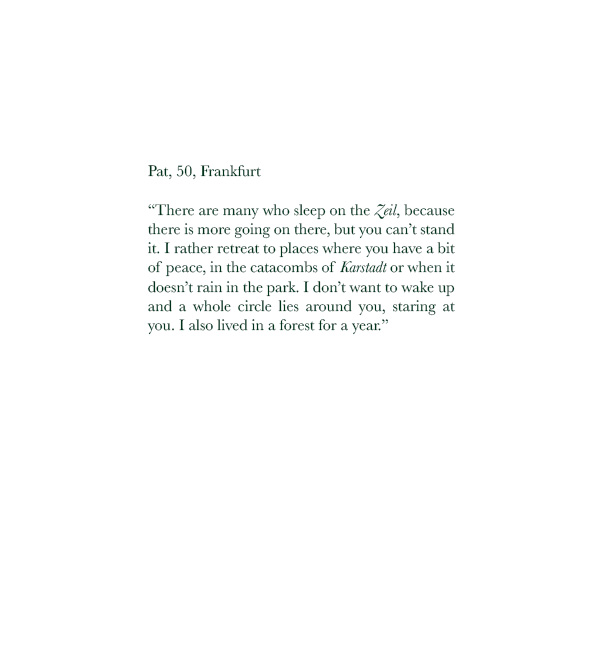 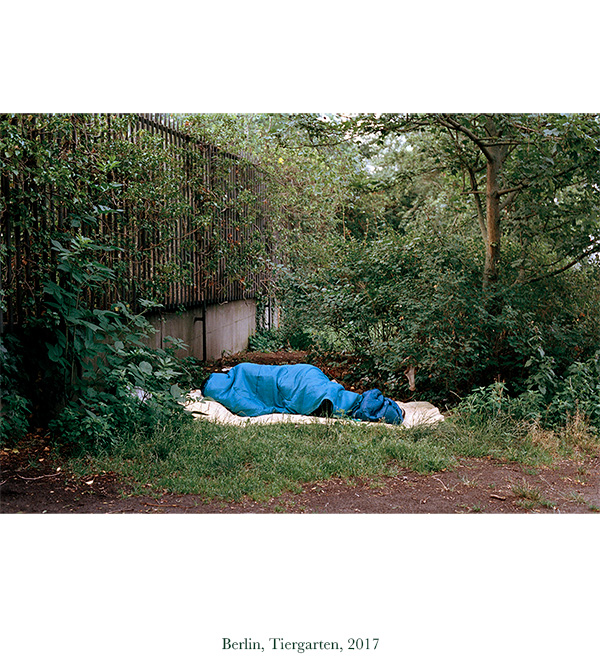 Germany is one of the richest countries in the world, yet almost 20 percent of the population is affected by poverty or social exclusion. In addition to socioeconomic developments and biographical as well as individual problems that lead to homelessness, rents in major cities have been rising steadily for years and are no longer affordable for many citizens. More and more people are homeless and end up on the streets. Moreover, a systematic exclusion of immigrant EU citizens from our social systems is taking place. Since 2008, the number of homeless people has more than doubled, with 41,000 people currently living on the streets in Germany.

"Schlafquartier – Obdachlosigkeit in deutschen Großstädten" deals with rough sleepers in large German cities (Berlin, Hamburg, Cologne, Frankfurt, Leipzig, Munich). The result is a systematic photographic and cartographic representation of the places where the ever-increasing homelessness in the cities is noticeable and recurring.

Homeless people try to set up shelters in public. They build cocoons with modest means to protect them from the cold of concrete and the brutality of big cities. The sleepers try to adapt to their surroundings as much as possible and grow together with their environment to form new organic architectures: passageways, benches, driveways are filled with life - and yet they are quiet and still, reserved. It is the attempt to merge with the surroundings, not to attract attention, ideally to disappear altogether. For most of society, the people sleeping are also - invisible. However, this is not only due to good "camouflage", but also because it is easier for society not to look, to block out the suffering and not to burden itself with it.

"Schlafquartier" looks at it and also wants others to do it. The sleepers are part of our society, sometimes even the product of it. They all have an individual destiny, even if they seem to disappear in anonymity from sleeping bags and blankets. Each of us could be one of them, often only a stroke of fate separates us from a life without a protective space.